Who was Ada Lovelace?

This week we celebrate Ada Lovelace, the annual recognition of the pioneering female mathematician and computer programmer. At Redington, we named our Research Management Platform after Ada in recognition of her great achievements, and celebration of her being a female leader in her field. 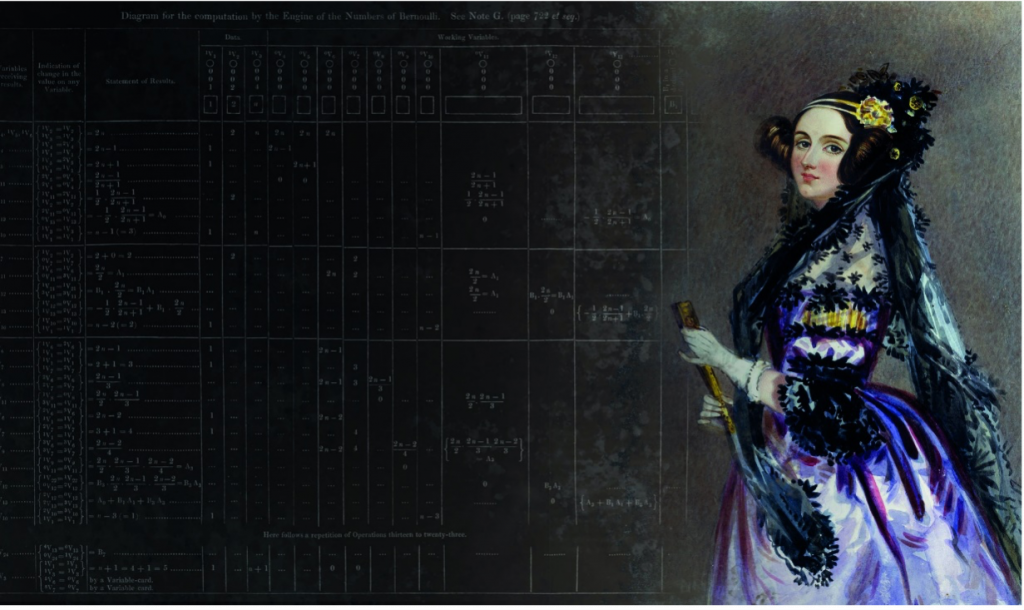 Augusta Ada Lovelace was born in 1815 to Annabella Milbanke and Lord Byron. Like her mother, she was privately educated in mathematics, a rarity for women of her time. She was said to have a brilliant mind and Lady Byron once commented that she was “not devoid of imagination but is chiefly exercised in connection with her mechanical ingenuity”.

Ada was introduced to mathematician George Babbage in 1833. Babbage became a close friend and mentor, and they exchanged letters for many years. Babbage invited Ada to his home at 1 Dorset Street to see the “Analytical Machine” he had built. Ada was fascinated by the potential of the machine and what it might achieve. Babbage managed to make the acquaintance of an Italian mathematician, Luigi Menabrea who agreed to write a paper on the device. It was then that Babbage would ask Ada to translate the paper from French to English. However, Ada proceeded not only to translate the paper but to add twenty pages of notes including the first published stepwise sequence. For this reason, she became known as “the first programmer”.

At Redington, we celebrate collaboration and fully understand the need to innovate and evolve our products and services. We are proud to have named our RMS platform after Ada Lovelace not only for her contribution to mathematics and computing but also as an example of great female achievement in science and technology.

What does 2022 have in store for pension schemes?

Mitesh Sheth to step down from Redington CEO role

Quant investing: the battle of the behemoths and the agile