Redington’s RI book club met on Thursday to discuss ‘Against Our Nature – A Hitchhikers Guide to the Climate Crisis’ by James Whiteman, Steve Waygood and Martin Cassidy (all from Aviva Investors). The book is freely available as an e-book online here.

Overall, we enjoyed the book and thought it gave a great introduction to the climate crisis, highlighting several areas that aren’t often covered in the climate debate. This included an in-depth discussion around the psychology of what makes climate change such a difficult issue, including our all too human desires of impatience/self control (highlighted by experiments such as the Marshmallow Test), problems of collective actions (the tragedy of the commons) and the difficulty of grasping the exact scale of the problem and our potential responses (mental carbon accounting).

As well as spelling out the grave (and well known) potential negative impacts of climate change, the book also highlights the opportunities that could come from transitioning to a lower-carbon future. This includes the huge potential of green technology and the economic efficiencies associated with correcting the market failures resulting from carbon emissions. The benefits of a more resilient, diverse and fairer society are also highlighted and give a welcome respite from some of the (understandably) more negative viewpoints that typically dominate the climate debate.

The book is remarkably accessible and easy to read. It’s relatively short and is filled with interesting graphics (including the one highlighted below). The flipside of this is that the arguments are fairly high level, and supporting information isn’t always included. This means it will probably appeal to readers less familiar with the climate debate than seasoned professionals. 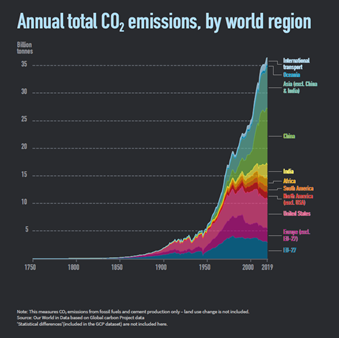 Would we recommend this book?

Stuff we liked: ‘Against Our Nature’ is an engaging, punchy read that looks at the climate crisis from new and interesting angles.

Stuff we didn’t like: to remain accessible, some of the detail around the arguments have necessarily been left out.

Unless indicated, these are the author’s views and may differ from those of the firm.