It is Japan’s voting season, the most compressed in the world, with hundreds of companies holding meetings at the same time and almost the entire nation’s AGMs held over just a handful of days. Originally coinciding in this way to minimise the risk of public embarrassment from yakuza (mafia) stooges asking questions at AGMs, the habit has proved hard to shake even though the authorities have encouraged a greater spreading out of meetings. It puts great strain on the voting infrastructure and many institutions feel obliged to automate even more votes in Japan than they do elsewhere – but there are still key judgements exercised, leading to some interesting stories.

Among them was electric utility J-Power (AGM 28th June), half of whose Japanese generation capacity is thermal, and that is predominantly coal-fired. It faced three shareholder resolutions seeking greater certainty in its climate change plans, the first such resolutions in Japan proposed by global investment institutions. As is the way with Japanese shareholder resolutions, these were put forward as special resolutions (and so requiring a two-thirds majority to succeed) and as minor amendments to the company’s articles of association. They would therefore have been binding on the company and forced action – factors that often limit investor support. Notwithstanding this, the most successful of the three resolutions, seeking alignment of the company’s emissions reduction targets with the Paris Agreement, earned 26% support from shareholders. The other two, pressing for a clearer link between capex plans and emissions targets, and ensuring that pay incentivised delivery of emissions reductions, won 18% and 19% backing respectively. Further, long-standing outside (non-executive) director Go Kajitani (who has already been on the board for 13 years) faced 18% opposition to his re-election. These are unusually significant results for consensual Japan – though as discussed below, these were not the biggest votes against in this unusual year.

Banking giant Sumitomo Mitsui Financial Group (AGM 24th June) also faced shareholder resolutions: the first sought greenhouse gas emissions targets that were in line with the Paris Agreement, and the second reflected proposals at many other banks around the world, pressing for no financing for new fossil fuel exploration and extraction. Again proposed as special resolutions and so with a high hurdle for success, we do not yet know the full voting result, but the bank has stated that both resolutions were defeated.

Toshiba continues its role as one of Japan’s most extraordinary governance stories. The nuclear power-to-hairdryers conglomerate remains a trial of strength between activist investors pressing for a break-up or outright sale to private equity, and a more conservative Japanese board. That board is slowly changing: about a month prior, it had agreed to the appointment of three outsiders, Akihiro Watanabe of M&A advisers Houlihan Lokey (who has now become board chair) and Eijiro Imai and Nabeel Bhanji, representing Farallon Capital and Elliott Advisers respectively, two of the leading investor activists among its shareholders. All three were duly elected at the AGM on 28th June, but only Watanabe overwhelmingly; both Imai and Bhanji faced opposition from 22% of shareholders. A similar level of opposition faced nominations committee chair George Zage, whose actions in agreeing the addition of the dissident directors had been publicly criticised by another of the outside directors, Mariko Watahiki, at an extraordinary impromptu press conference. Watahiki’s poor relations with the activists was reflected in the voting outcome on her re-election, where she achieved only 64% support (13% abstaining and 23% opposing outright). Though she had been re-elected, within hours Watahiki chose to stand down from the board. Toshiba, therefore, has the odd distinction of having had a director elected to its board in each of the last two years who resigned before the day was out (last year it was the respected former SG Warburg banker and serial outside director George Olcott*).

Also facing extraordinary levels of opposition were some of the executive directors of Toray (AGM 23rd June). The re-election of president and CEO Akihiro Nikkaku was supported by only 64% of shareholders, and vice president (responsible for among other things, legal and compliance) Mitsuo Ohya fared only slightly better, with 73% backing his re-election. Both appear to be being blamed for a series of reputational disasters involving various data falsifications, of which senior managers were apparently aware. The vote results are particularly striking given that no proxy advisers or activists were ranged against the executives. Around 20% of shareholders also opposed pay proposals for the executives, another rarity in Japan as pay levels are much lower than at international rivals, and several of the longer-standing outside directors also faced large votes against, with Kunio Ito faring worst with 19% opposition. Similarly, the chair of the nominations committee at Daiwa Securities (AGM 28th June), Michiaki Ogasawara, faced 19% opposition to his re-election. The board, in common with many in Japan, fails to show significant levels of diversity.

Re-election resolutions at two companies were never brought to shareholders: those for the CEO, Takakazu Uchiyama, of Fujitec (AGM 23rd June) and executive chair, Masayoshi Sako, of Daio Paper (AGM 29th June), with the resolution withdrawn on the day of the AGM in each case. At both companies it’s clear that the individuals had lost the trust of shareholders, though only Daio Paper directly acknowledged this as the driver; Fujitec instead indicated that Uchiyama was standing aside pending the outcome of an investigation into related party transactions in which he and his family were implicated. Both individuals were given honorific titles – Uchiyama chair (oddly, not a board role) and Sako honorary adviser. It remains to be seen the extent of influence that they will continue to wield from these positions; if it appears substantial, the companies seem likely to face more widespread opposition next year.

Outside Japan, US discount retailer Dollar Tree (AGM 30th June) faced a shareholder resolution calling for a plan to align its greenhouse gas emissions with Paris Agreement goals. This won support from 55% of shareholders. Also in retail, UK supermarket J Sainsbury (AGM 7th July) was urged by some shareholders to seek Living Wage accreditation; given its moves to raise the wages of its lowest paid employees since the resolution had been proposed this was in effect a call that it ensure contractors are paid the living wage. It argued that it did not want to give a third party the power to set pay levels for its workforce – though its decision on staff pay somewhat undermined this argument. Nonetheless, the majority of investors appear convinced as the resolution was backed by ony 17% of shareholders. Also yesterday, pet retailer Pets at Home faced an unusually large vote – 14% – against its auditor, KPMG. The firm has held the role since 2000, beyond the 20-year threshold now seen by many as the limit to effective independence.

In the UK otherwise, pay was again the main focus. Trainline (AGM 30th June), a technology company whose introduction to the market has proven troubled, saw 22% opposition to its remuneration policy and 20% to proposed amendments to its performance share plan – which included a generous ‘kicker’ to the award level. Further, 16% of shareholders refused to back the reappointment of chair Brian McBride (former remuneration committee chair Kjersti Wiklund stepped down from the board a month prior and wasn’t standing for re-election). Cybersecurity business Avast (AGM 24th June), whose proposed merger with NortonLifeLock of the US is currently subject to a competition review, saw 19% opposition to its remuneration report.

At retailer Marks & Spencer (AGM 5th July), 31% of shareholders opposed the remuneration report, unhappy about an exercise of discretion in favour of outgoing CEO Steve Rowe (which the board continues stoutly to defend). On the same day Saga, the insurer and holiday business for older generations, faced 20% opposition to all three of its remuneration report, policy and a proposed ‘transformation plan’ incentive; and remuneration committee chair Eva Eisenschimmel saw an 18% vote against her re-election. Assuming the chair (who is son of the founder, and a former CEO) Roger de Haan voted his 26.5% shareholding in favour of all resolutions, the vote against the pay resolutions was more like 41% of the free float. Isle of Man-based gambling technology firm Playtech (AGM 30th June) also faced a bruising on pay, with 30% of shareholders opposing its remuneration report, and more than 8% voting against the re-election of remuneration committee chair Ian Penrose. But more striking were two resolutions that were actually defeated, both seeking powers to issue shares on a non-pre-emptive basis (meaning that they can be issued to outsiders, not just fairly among existing shareholders). Though 58% of shareholders voted in favour of each resolution, this was insufficient to reach the three-quarters level required for such special resolutions. Following the defeat of a takeover bid at a shareholder vote in February (45% opposed, meaning that the three-quarters threshold for the bid was also not reached), it seems clear that its shareholder base is painfully split on the future of the company.

That’s all this fortnight. We’ll return with a Most Significant Votes wrapping up the Northern Hemisphere voting season on July 22nd. 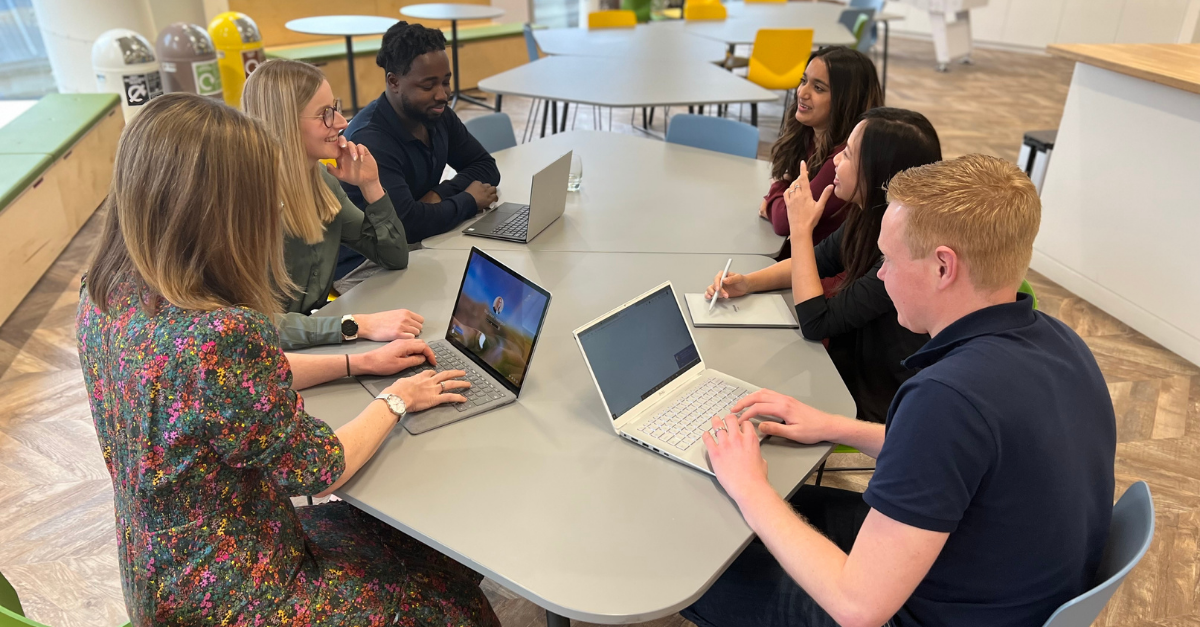