Hedge funds, the next automobile industry?

Automobiles started out as a toy for the rich, a symbol of excess.

They were complex and needed expert drivers. Then, Henry Ford came along and turned it all on its head. The Ford ‘Model T’ was revolutionary for its time – it helped bring cars to the masses and took the mystery out of the ‘horseless-carriage’. 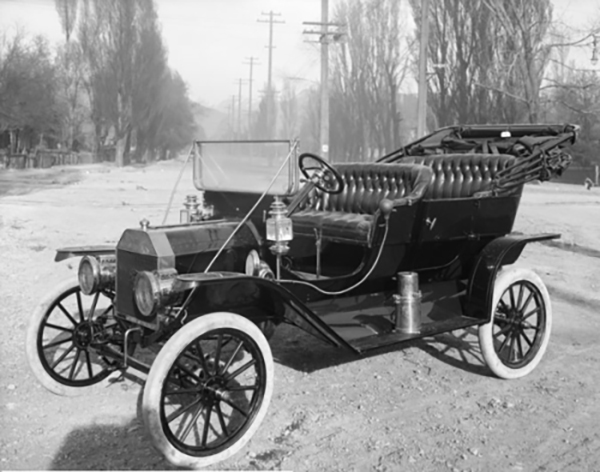 Is the way we look at hedge funds not dissimilar to the infancy of the automobile industry?

Surrounded by mystery, a black box that’s reliant on the magic of manager skill, so-called ‘alpha’. People pay for things they don’t understand and can’t do themselves; that’s the perceived value-add. In the early 20th century, that was the rationale for extortionate automobile prices; you were paying for the intellectual property.

Hedge funds are structured in much the same way.

Investors pay for the mystery, the ‘wow factor’, the star manager. Things that they just can’t do themselves – alpha. I’m not going to lie; alpha is worth the money and its proposition makes sense.

You’d pay a premium for a Ferrari because of the engineering behind it, the art of the bodywork, the ‘automaker alpha’ if you will.

But would you pay that same premium for a mass produced Toyota?

That’s what’s happening in the hedge fund industry. Many people are still paying Ferrari prices for a Prius.

Click to tweet >> That’s what’s happening in the hedge fund industry. Many people are still paying Ferrari prices for a Prius http://bit.ly/1WnJRSn via @Redington

The greatest cost behind most businesses is headcount.

The industrial revolution moved labour intensive businesses, like the automobile industry, into a new world of higher efficiency and lower overheads. Smarter computers, better robotics and fewer mouths to feed meant that automakers, like Toyota, could scale production and drop prices.

Similarly, increasing expertise in quantitative modeling and statistical analysis has brought to light investing styles that explain much of the magic behind what we used to think of as alpha returns.

Some managers have been able to determine systematic investment styles that underpin many of the great alpha generators[1]. This means that quantitative managers are now able to move away from merely replicating hedge fund tracking indices to systematically investing like a hedge fund would.

In essence, they have been able to understand the reason behind hedge fund alpha. The return premium comes from the style in which these managers invest. Quantitative managers are now able to systematically replicate these styles and garner the returns from this ‘style premia’.

This drastically improves the scalability of these funds and drops the overheads, which is reflected in a pricing strategy that has moved away from the typical ‘2 and 20’ model. Instead of the high-cost-high-value proposition of ‘traditional alpha’ these scalable systematic strategies are competing by being great value-for-money.

However, just like the automobile industry, alpha isn’t dead.

There are some managers who can truly provide you with alpha that is worth paying for. These are few and far between and even if you do find them it’s not easy to get access to them, even if you have the capital.

Just like how you won’t be able to walk into a Ferrari dealership and ask for an Enzo, you’re unlikely to be getting into many of these closed funds. The next best thing would be managers who can provide similar returns at much lower prices.

Will Greenwich or Mayfair be the next Detroit?

But the idea doesn’t seem so far-fetched anymore.

[1] If you’re interested to know more, Prof. Lasse Pedersen’s book Efficiently Inefficient delves into how investment styles such as Value and Momentum can be used to describe the alpha generated by various hedge fund strategies run by the likes of Chanos, Soros, Paulson and others.