Climate change is harming the planet faster than we can adapt 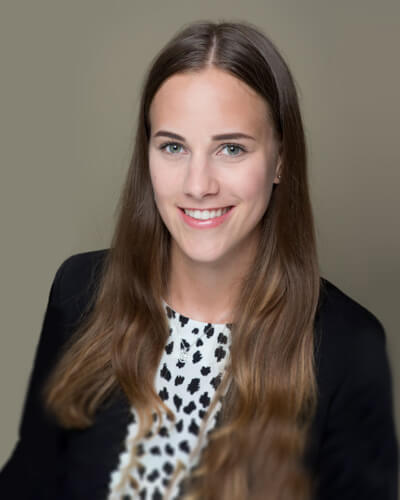 Climate change is affecting humans and ecosystems across the globe, and we need to step up to better prepare for future impacts. That’s the key message from the UN’s Intergovernmental Panel on Climate Change’s (IPCC) new report on Impacts, Adaptation and Vulnerability. The report comes at a challenging time, when the pandemic and geopolitical events are forcing a realisation that better resilience is required in many areas of life, including energy and food systems.

Why is this report important?

Every eight years, the IPCC collates the work of hundreds of scientists who’ve ploughed through vast amounts of scientific literature on climate change. The reports they produce are ratified by all the countries in the UN System and are considered the definitive last word on climate science. This report from Working Group 2 (WG2) forms part of the IPCC’s Sixth Assessment Report (AR6). Working Group 1 (WG1) drew a line under the physical science of man-made climate change (read our summary here). While WG2’s report looks at the world’s vulnerabilities to climate change, presenting the latest evidence of the impacts and humanity’s ways of adapting to them.

The IPCC’s Working Group 3 (WG3) report on climate mitigation will be released in April. The focus will be on how the global economy could transition to reach net-zero emissions. Three three reports will then be summarised into the AR6 in September. The AR6 report will be the key reference point for international climate policy negotiations and investor engagement in the years to come.

What are the key insights of WG2’s report?

As the chart below illustrates, these impacts on people and the natural ecosystem cannot be decoupled from one another. As 80% of the world’s remaining biodiversity is on indigenous homelands, these losses have cascading effects on people’s livelihoods, culture, food and health systems. Climate change is affecting ecosystem services connected to human health, livelihoods and wellbeing. For example, plants that we use for food and fabric are under stress – the production of multiple crops in a single year, which is common in tropical regions, will be increasingly difficult. 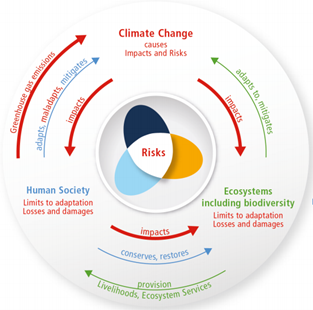 The goals of climate change adaptation are to “reduce risks and vulnerability to climate change, strengthen resilience, enhance wellbeing and the capacity to anticipate, and respond successfully to change”. According to the IPCC, in practical terms, this means investing in the Sustainable Development Goals (SDGs), like resilient farming systems, land-use planning, healthcare, (climate) education and risk-transfer schemes. It’s about creating resilience in natural systems; some examples of adaptation action include:

This report shows that climate risks are appearing faster than expected and will get more severe sooner, but we have a brief window of time to avoid the worst. Key barriers of scaling have been limited resources, lack of private sector and citizen engagement, insufficient mobilisation of finance, lack of political leadership, limited research and/or slow and low uptake of adaptation science and low sense of urgency. Finance has a key role to play in closing the adaptation gap by directing capital flows to the right places. Climate finance, and particularly adaptation finance, needs to grow significantly.

What can investors do?

Recognise the current and future risks from climate change:

Investing in climate adaptation is an important investment opportunity:

To summarise, it’s already bad and it’s getting really bad; but we can act now before it’s too late.

What are Redington doing?

Recognising the opportunity in climate adaption, we’re continuing to explore appropriate investment opportunities for our clients. Our Manager Research team are currently looking at over 20 different strategies in the natural capital space to create a high-conviction Preferred List of managers for our clients to invest in, enabling them to generate appropriate risk-adjusted returns alongside a sustainability impact. To find out more, read our blog on the investment opportunity of natural capital.