TL;DR – the IPCC’s new report reminds us that the window to reach 1.5C is closing. Whilst it is still possible to mitigate the worst effects of climate change, thoughtful change and active collaboration and inclusion across government, industry, and financial markets are crucial in achieving a just transition.

It’s no secret that the ESG and climate space is fast-evolving. In the past month alone, we’ve seen major sustainability developments across regulation, industry, and research. From the TNFD draft framework to the landmark SEC climate disclosure proposal, momentum is continuing to build around advancing our understanding of the interactions between people, planet and the economy.

After rifling through the technical summary and selecting chapters in the main report, I’ve rounded up a few key takeaways – particularly those relevant for our industry moving forward.

Some highlights, lowlights and everything in-between: 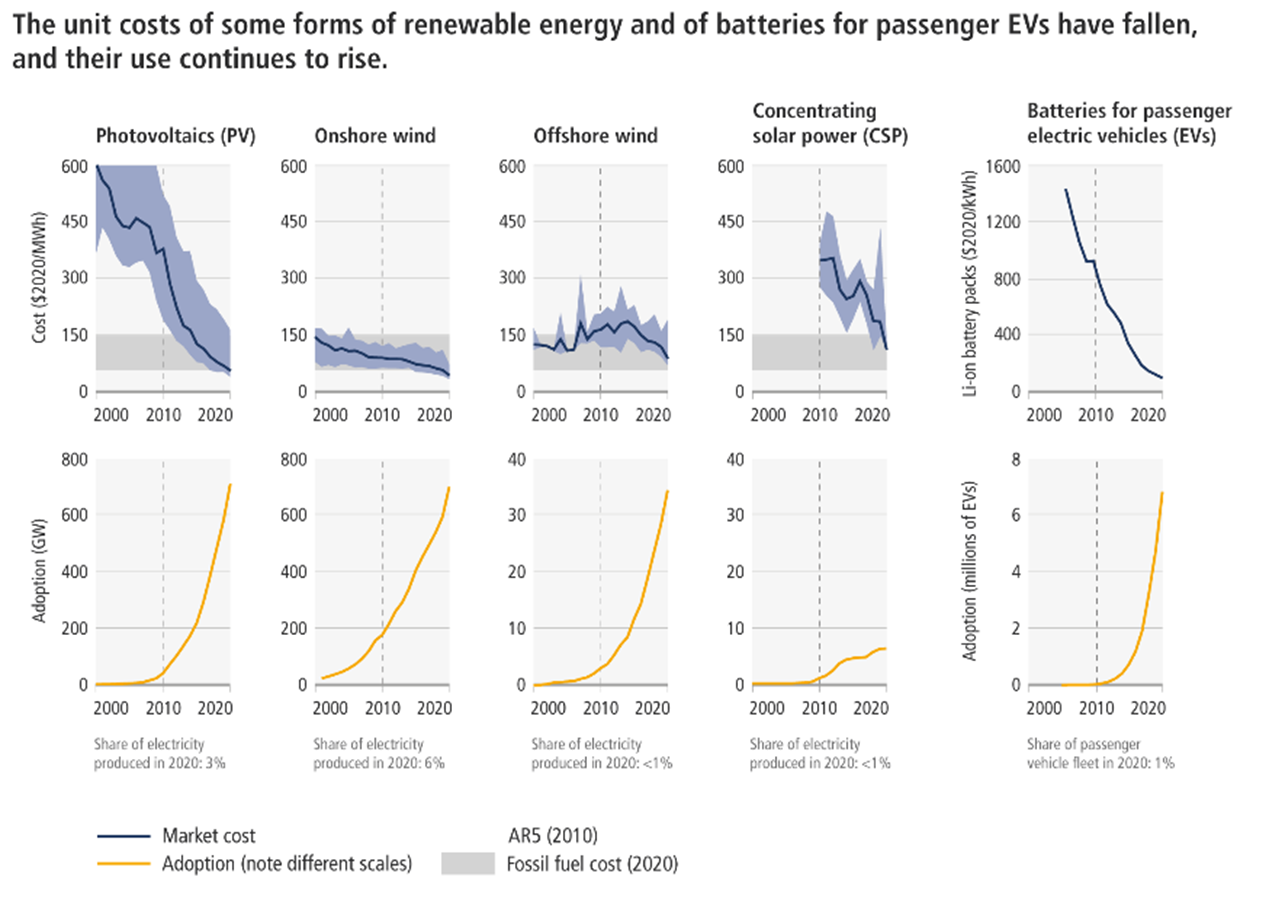 However, it is evident that developing countries are lagging behind in innovation and adoption due to weaker enabling conditions (e.g. limited capacity and constrained capital), despite potentially being most at risk to the worst effects of climate change. This reality highlights the distributional inequity that exists regarding anthropogenic emissions, and further showcases the need for collaboration and support across jurisdictions.

Individuals with higher socio-economic status contribute disproportionately to emissions and have the highest potential for emissions reductions as citizens, investors, consumers and professionals.

To meet our climate ambitions, global mitigation finance needs to rise by three to sixfold. This is more urgent in less developed countries, where investment in some sectors require increased climate finance flows by four to eightfold. From the retrofitting of buildings, to the electrification of transport vehicles and implementation of AFOLU (Agriculture, Forestry and Other Land Use) mitigation options, the report outlines a clear opportunity set in financing the transition across sectors. 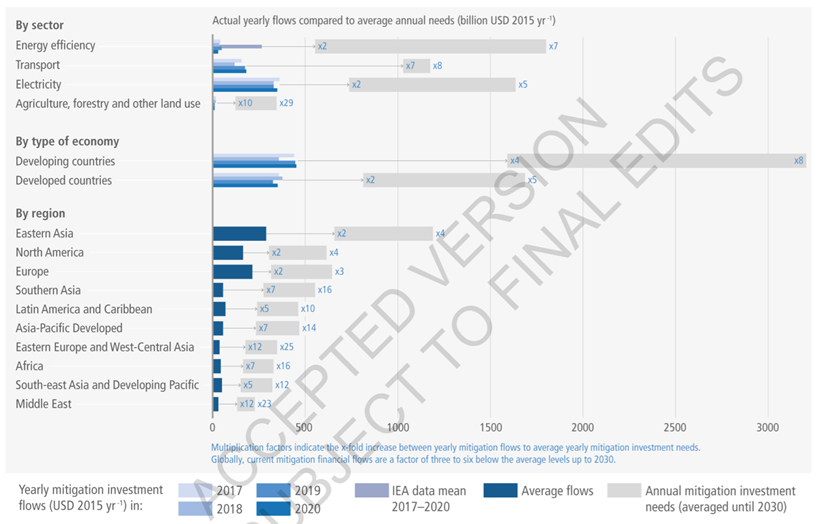 In particular, greater focus on climate justice means emphasising the protection of vulnerable groups from impacts of climate change, mitigating the effects of a low-carbon transition and ensuring equity in a decarbonised world. Complementary policies and investments which integrate the SDGs may be utilised to support efforts and/or alleviate trade-offs related to climate mitigation.

What does this mean for the investment community?

Ultimately, the IPCC report illustrates the urgency of the climate crisis alongside promising climate mitigation and adaptation options available for implementation – prompting us to consider our role in a low-carbon future as both individuals (via behaviour/lifestyle changes) and investors (via thoughtful allocation of climate finance).